Injuries, groceries, laundry and emergencies: How every little thing effects our parenting potential.

Having spent the previous day recovering from our weekend away camping, I woke up to a house that looked like a bomb had hit it. It was a stress-inducing mess.

My in-laws were due to come over later that morning, so after making the kids breakfast and hanging a load of washing I rushed around tidying while my kids chased each other in a new game they’d invented.

No sooner had I returned the house to a semi-acceptable state of cleanliness than I heard a bang.

There was a prolonged silence followed by an absolute wail from my three-year-old daughter. When she spun to face me I could see she’d sliced her forehead open as she’d hit the corner of the kitchen bench.

I raced for the first aid kit, bandaged her head and hurried my son to get his shoes on so we could drive to the emergency room, ringing my in-laws as we fled out the door in case they turned up while we were out.

My daughter still hadn’t stopped screaming and crying since hitting her head and was terrified about what the doctor would need to do to her. Bless my sweet five-year-old son who was sporadically managing to make her laugh and distract her from her fears.

Naturally, there was roadwork and a detour into the medical centre parking lot on this particular day, but after navigating that hiccup we made it into the centre and were seen straight away by a doctor who (praise the lord) said she’d be able to just glue, rather than stitch, the cut.

My daughter didn’t even want to sit up on the bed, let alone lie down while someone held her and applied glue to her open head, so let’s just say this wasn’t a pleasant experience for anybody in the room. But we got through it and walked around the corner to get both kids a Kinder Surprise, passing a BWS where I somehow managed not to rush in and buy all the wines I felt like drinking after that particular morning.

We arrived home just as the in-laws were pulling up and the kids told them all about our camping trip- my son made sure to show them the 28 “special rocks” he collected whilst there. I’m lucky to have in-laws who are never any trouble and rarely ask for so much as a glass of water while they’re here (unlike my kids who were calling for grazing platters and strawberry tea.)

I started baking some cookies while they were still here as there was a new recipe I wanted to try and the kids love helping me. The in-laws left and then there was just enough time for me to squeeze in a phone call to my sister while making lunches for the kids and hanging one more load of washing, before it was time for us to drive to Lilli Pilli for a playdate. 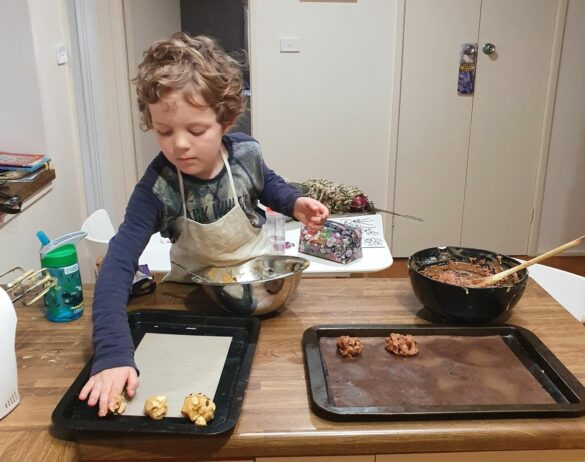 We were nearly there when I got a call from one of my oldest friends, who almost never calls me. The moment she said hello I could hear in her voice that something was wrong. After pulling the car over and convincing her that I had time to talk, she broke down in tears and confided in me that she’s been struggling with depression and PTSD. My mind guitlily shot back to “R U OK” day and the fact that I hadn’t reached out to anybody because we’d been away camping.

While I was trying to ascertain whether she was suicidal or just needed an ear, my son was in the back nagging at me to get off the phone because we were now late to meet his mate. My daughter had fallen asleep, sending me into a slight panic about whether this was a typical nap brought on by driving for 20-minutes, or a concussion brought on by her head injury. Mercifully, it was the former.

Meanwhile, I was also trying to text the mum we were meeting for the playdate to let her know I’d had a bit of a friend emergency but would be there soon.

After getting the conversation to a point where I was relatively confident my friend would be ok, and promising to call her again later, I took some time to explain to my son that my friend was very sad and needed my support and that it absolutely could not wait. I tried to explain too, that if he ever felt very sad and needed to talk to me, I would also drop everything for him. I told him he should do the same for his friends if they need him too. 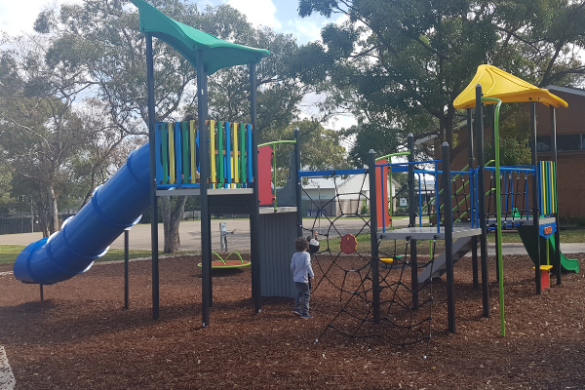 We found the playground and apologised for our tardiness. The kids all played well together with the only incident being a dropped Bubble-o Bill and a couple of the usual reminders you have to give about not excluding the youngest child when playing in a group of three.

When I got a text message to say my grocery delivery was next in line we raced home so as not to leave ice-creams melting on the front porch.

After unpacking the groceries together (our kids just love it!) I sat down to do some work because a client had needed me to reschedule their social media posts, and I also wanted to write about the playground we’d visited while the details were fresh in my mind.

I was interrupted by both kids who wanted to play with me. I realised then that even though we’d spent a lot of time together that day, between everything else that had happened one thing we hadn’t done was properly play together.

I finished up my most urgent work but by then it was time for my son to get ready for soccer training. Luckily my husband usually comes home in time to take him- I don’t think I’d have had the energy to head out again.

The guys were barely out the door before my daughter began asking for dinner. I made two finger-food platters for the kids, (because they’re quick, easy and always get eaten) and started preparing lunches for daycare for the next day. I called my Dad while I got the washing off the line and then unstacked the dishwasher while the cashew chicken I was making for hubby and I was on the stove.

My husband helped with bath time and dealt with a nappy change while I got my son ready for bed. Before he went to bed he asked me if I had called my friend again to see if she was ok now. I hadn’t, but I was touched that he had asked, and I sent her a text checking-in and set a reminder to call her for the next day.

Night-time is for me-time (kind-of)

I read books to my daughter before finally sitting down with my dinner in front of the TV, where I then barely watched what was on while I searched for gifts for my husband’s upcoming birthday.

As I did that, I remembered I’d forgotten to drop a present around to someone else, which I’d intended to do earlier in the day.

I put on another load of washing before finally going to bed, where I was woken a few hours later by my daughter (who has made a habit of creeping into our bed in the middle of the night.)

After struggling to go back to sleep I left her in bed beside my husband and spent the rest of the night in her bed.

When I got up the next morning, the house looked like a bomb had hit it…at least the washing was ready to be hung.

And the point is…

When you read this article, did parts of it ring true for you? Whether you’re a mum who stays at home full-time, works full-time, or falls somewhere in between, I believe that all mums experience days that have a lot in common with this one.

Our days often feel frantic and chaotic. And I know I’m not alone when I say that I sometimes feel like I’m trying to do all the things and not nailing any of them. Most mums are spread too thin.

And as non-stop as mum-life feels, when someone asks what you’ve been up to, it can be so hard to remember anything that seems worth mentioning.

“Nothing she does is memorable, because she does so much.”

As you read this article, I hope you recognised my frustration, exhaustion and guilt as I pushed through an ordinary day that didn’t quite go to plan- as many don’t.

I hope it helped you feel a little better about the frustration, exhaustion and guilt that you may experience as a woman just trying to balance being the best mum, daughter, sister, friend and employee that she can be.

Connecting mums is our mission at Mums of the Shire and we’d love to share more typical days of the mums in our community because pain shared is pain halved!

If you’re interested in telling us about your day, please send your story to [email protected] (It doesn’t have to be long like this one!)

A playground that pairs well with every meal

The health scare affecting fit new mums and women under 50

How To Keep Your Mental Load (and Mental...

Saturday Night at Kmart with Booze and Besties

I swear to tell the truth, the whole...