Home Parenting Dobbing vs Asking for help: What to teach your children
Parenting

Dobbing vs Asking for help: What to teach your children

We learn from an early age that it’s bad to be a “dobber”.

I remember the exact moment I learned not to “dob”. It happened on a bus on my way home from primary school one day, when my older brother and I were sitting in a horseshoe shape with a few friends and other school kids. Another student was throwing things in the direction of the driver until he became livid, pulled the bus over and marched up the back. “Who’s throwing things?” he shouted so angrily that I thought he might pop an eyeball. At that moment, my brother shot me a look and gave me a slight shake of the head, which I quickly and gratefully understood to mean “Keep your mouth shut or you’ll be eating lunch by yourself in the toilets from now until graduation.” I didn’t “dob” on the boy, and neither did anyone else.

In hindsight, the boy’s actions could have led to an accident causing untold amounts of damage, but at crunch time I had felt in my bones that “dobbing” presented an even greater (albeit social) danger to me personally, and siding with the kids over the authority seemed the smart decision to make. Thankfully the boy stopped throwing things after the general threat of punishment and I escaped the situation unscathed, physically and socially.

Probably before I even understood what dobbing meant, I knew I didn’t want to be labelled a “dobber”. 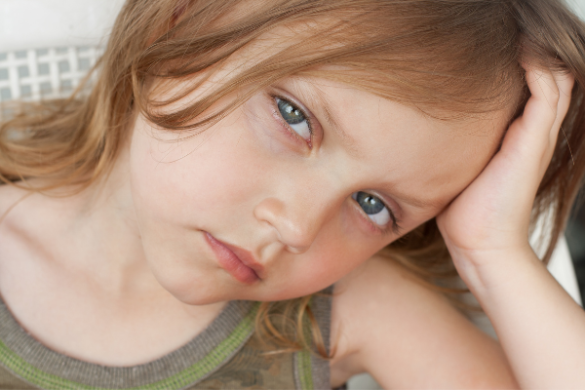 Why nobody wants to be a “dobber”

In Australia, the colloquial and derogatory term “dobber” was coined to describe somebody who reveals wrongdoings to an authority.

In other countries, there are similar negative nicknames given for the same act- tattletale, squealer, blabbermouth and snitch, just to name a few.

“Dobbing” is considered to be a very un-Australian thing to do, because we’re a country that prides itself on mateship and having each other’s backs. These beliefs date back to the days when convicts in Australia considered it an extreme betrayal to report any misbehaviour to the guards, and the attitude that has derived from this is one that chooses solidarity over authority every time. To this day, “dobbing” is still considered to be a dog act and “dobber” a moniker that no one wants to attract. 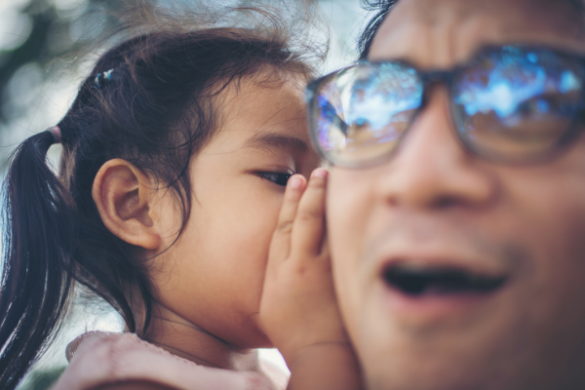 “Dobber”, though, has become a rather pervasive and loosely-used term.

In modern-day usage, we typically think of it as something kids do- running to parents or teachers to complain about someone else. “She’s using my paintbrush”, “He’s eating all the chips.” “She’s not putting her shoes on.” If you’re a parent, I’m sure you can think of a thousand examples of your own.

What if the complaint though wasn’t “He breathed on my cereal” and was instead “She punched me in the arm” or “Kids are bullying me on the playground”? The difference to you might be obvious but the likelihood is that younger children would have difficulty differentiating between what they’ve learned is “dobbing” and what concerns they absolutely should be raising with an adult who can help them, and we need to ensure they’re not shamed into closing up when they should be speaking up.

The difference between “dobbing” and asking for help

We all want our children to feel comfortable turning to us when they need to, but we don’t want to hear about it every time one child pulls a face at the other one right?

The key difference between “dobbing” and asking for help comes down to the intent behind the words. Is what’s being said simply being said to get one person in trouble? Is your child telling you because they’re a little bit annoyed or because they’re scared and worried for their safety?

The best way I’ve found to explain to my children the difference between “dobbing” and asking for help is to encourage them to ask themselves one question before they open their mouths.

Will your mind or body be hurt if an adult doesn’t step in?

You should clarify that ‘hurt’ can relate to both your mind (if someone is being nasty and saying hurtful or disgusting things) and your body (if someone is threatening or causing you physical pain.)

Then you can explain that if the answer to this question is “yes”, your kids SHOULD tell any adult they know and trust about their problem. Assure them that they’ll be supported and given help by authority figures in situations where this is the case.

What to say instead

If the answer is no, and no one is at risk of being hurt, the steps we take in our house are:

And yes, you’ll need to remind them of these steps frequently in the beginning.

Almost all annoying behaviours, if repeated often enough, can be classed as bullying. It’s my belief that we shouldn’t discourage our children from seeking help if they have already tried and failed to solve the problem on their own, even if it seems small to us.

In order to raise children who feel comfortable enough to confide in us during trickier times as they grow, we must help them to understand the difference between “dobbing” on people and asking for help while they’re young. I hope you can use the suggestions here to help your children confide in you when it’s called for, at every age and stage.

For more on dobbing and how to handle it when dobbing becomes bickering or fighting, this article: “What My Daughter Heard When You Called Her a Dibber Dobber” from Essential Kids, is an excellent read. You can also refer to this incredibly helpful podcast episode from Feed, Play, Love: “Teaching Your Children To Stand Up for Themselves.”

How to celebrate (and strengthen) your family: Part...

Glass half full: Practical strategies for positive and...

Screen-Free Entertainment for Under Fives

6 Easy Ways To ‘Pay It Forward’

I am the primary mediator of my kids’ squabbles- this advice is refreshing and simple! Will try it out x