Must-have advice for mums of multiples

A study released earlier this month revealed that twin births are more common than ever. So we suspect that there are many mums among our community raising (or preparing to raise) more than one baby at a time!

This is not an area the Mums of the Shire team members have any expertise in, so we reached out to Gai Patterson, who is a mum of five including twins and the Vice President of the Southern Sydney Multiple Birth Association, to hear about her experience and score her best tips for helping you manage multiples instead. 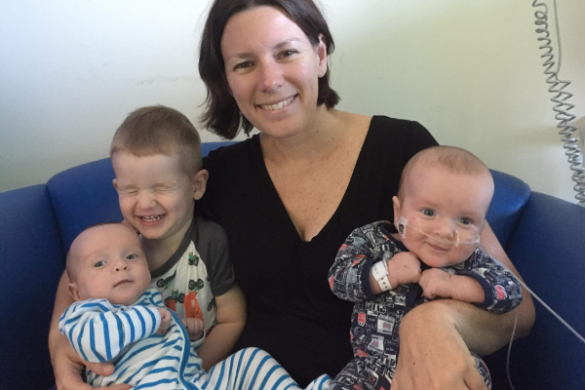 Q.Were you shocked to learn you were having twins or is there a strong family history?

We were shocked. We have no family history of twins. We had conceived via IVF implanting a single embryo (yes just one) and with a scan at 6 weeks showing one strong heartbeat, it really wasn’t on our radar at all. So when we had our 9-week scan and saw two growing babies there were a lot of tears and obscenities in the room.

Q.Are your twins fraternal or identical? How old are they now? 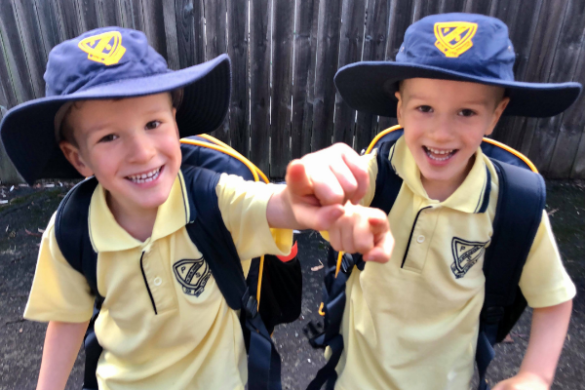 Q.What about having twins took you by surprise?

There was a lot I didn’t know about twins so most things took (and continue to take) me by surprise! I felt like having twins plus a toddler was rare (it’s not) and I was worried how I would cope, so I was relieved to know I wasn’t alone and that others had been there before (or were going through something similar).

Q.What was the most difficult thing about having twins?

We had rare complications in our pregnancy, so that was stressful (and led to extremely premature delivery). The first year of twins is definitely relentless and sleep deprivation is hard (there should be a medal given to twin parents on their kids first birthday for surviving that year)! There are also financial implications of having more than one child at a time which adds pressure and changes life plans.

Q.How did/do you push through the more difficult moments?

As with any parent you just get on and do it – and then be more prepared for next time. Having good friends to compare notes with afterwards makes a big difference too.

Q.What advice would you give to mums expecting multiples?

Having a solid support network to draw on is really important so be prepared to ask for help and accept it when offered. Go to the SSMBA expectant parent session for all the practical tips. And make sure you have a good coffee machine. 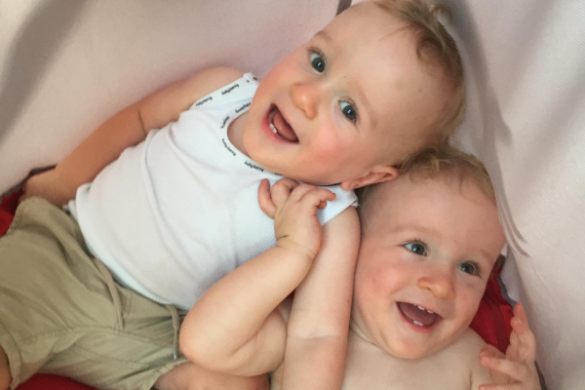 Q.What do you wish you knew before having twins?

You can parent your twins in whatever parenting “style” you like – even though people will tell you otherwise. Strangers will ask the most inappropriate questions, at the most inconvenient times.

Q.What do you wish everyone knew about twins?

They are not “double trouble”. Not all the time anyway 😉

Q.This week is Multiple Birth Awareness Week and the theme is “Identical or Fraternal? Testing

for zygosity matters”. Can you explain in layman’s term what Zygosity is and why it’s so important?

Some doctors (obstetricians and GPs alike) still believe that having two placentas means the twins are fraternal. However, this is not the case and the identical/fraternal question for pregnancies with two placentas can’t be determined until after the babies are born. Zygosity is basically how genetically similar people are. If it’s one egg fertilized by one sperm the twins will be identical (and could have one OR two placentas). Two eggs fertilized by two sperm will be fraternal (and have two placentas). We often see families that have been told their twins are fraternal during their pregnancy but they are actually identical (which outsiders can see but mum-goggles often can’t). It’s important because some health conditions are genetic, and if one twin has the condition then the other twin might be likely to develop it too so they should be monitored more closely.

Q.How long have you been working with SSMBA and what does your role involve?

SSMBA is entirely volunteer-run so we all do it for the community and to make things better for others with twins/triplets. I first started helping out with our “parents & bubs” playgroup when my twins were about 9 months old and got more involved from there. Now I help out organising events and supporting families when I can. 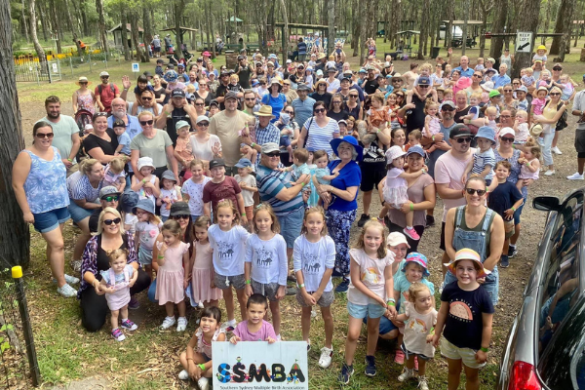 Q.Are there any upcoming events we should know about?

Our next expectant parent information session is on Monday 3rd May at 7:30pm. It’s free and you don’t have to be a member to attend. All the details are here.

Q.How do you balance your role at SSMBA with your parenting duties?

I find time late at night or when the kids are napping in the day. We have a great committee of volunteers so there’s always someone willing to help if parenting duties require more time than I can give.

The unicorn of kids meals!

A day out in… Kareela

Extra-curricular activities: When you should and shouldn’t push...

Online gaming safety: How to protect your child

Get your daughter’s education back on track

Introducing a New Kind of Child Care with...

Why Children Should be Swapping Screen Time for...

How to celebrate (and strengthen) your family: Part...