A day out in… North Cronulla

It seems to have gotten busier over the years, but this day out on the northern side of Cronulla means that you can avoid having to sit in the bottleneck of traffic that forms at the southern side.

Obviously, if you have kids under five and can visit on a weekday, even better.

On a day forecast to reach 33, we headed out early to avoid both traffic and any potential parking problems.

The day started with a visit to…

Don Lucas Reserve runs alongside both Wanda and Greenhills beaches, so on a Tuesday morning there was parking galore but we’d suggest getting there early if you’re visiting on the weekend.

Not too much has changed about the playground at the reserve since our Undercover Mum visited Don Lucas Reserve at the end of 2017, but it has recently been approved for council development, so we’ll be keenly watching that and bringing you more details as it progresses. 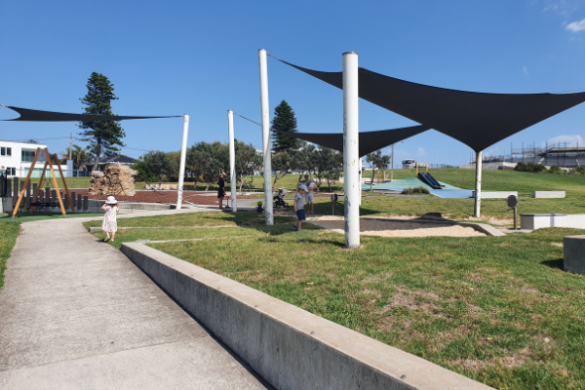 There are two slides and a bridge, some climbing nets that lead up to a large rock, a big round swing, sandpit, a water play area and balance beams in the garden.

The path that circles the reserve is excellent for scooters, bikes (and running alongside your kids if you choose to!) There’s also some gym equipment for the adults and toilets and bubblers if you need to use either of those. 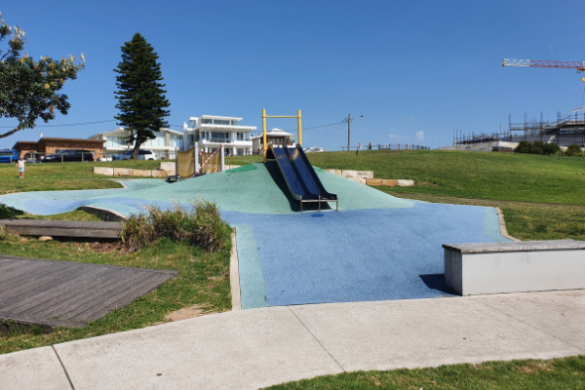 There is a handy entrance to Wanda Beach directly opposite the reserve, which is fabulous if you have kids who complain of tired legs from the minute they hop out of the car.

We walked a short way down to where the patrolled beach flags were and set our towels out so we could embark upon all the wonderful things we love to do at the beach. 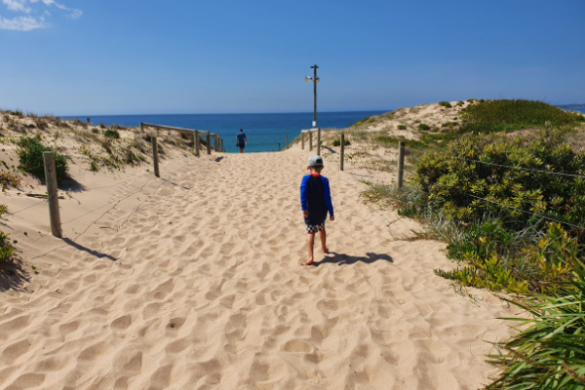 One of the great things about going to the beach is that kids make their own fun, you really don’t need to organise any activities and can just let them use their own imaginations in the outdoors.

I helped my daughter decorate sand cakes with shells while my son played in the waves. 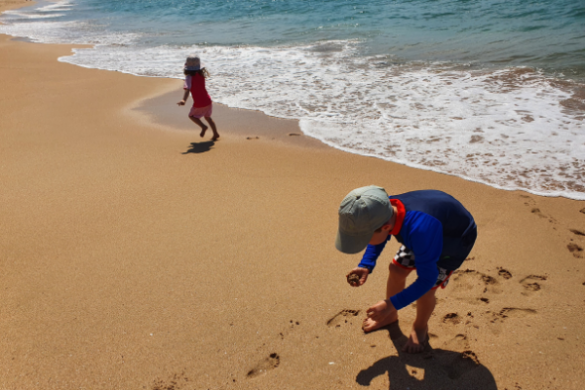 We try for the most part to “Take only photos, leave only footprints” but did keep a few of the shells we collected that had holes in, to make some Christmas bracelets with.

Over the last two or three years, we’ve probably visited Cronulla Golf Club about six times. It is never busy during the week and is a top spot with parking, lifts and pram space for Mothers’ groups or catching up with friends who’ve also got young kids. 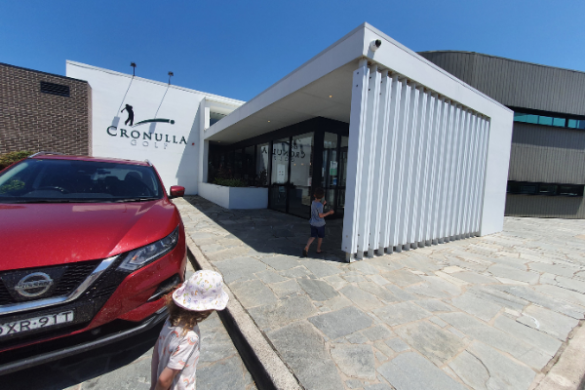 We had arrived there just a little before midday, so they hadn’t started serving lunch yet, but the kids happily ran into the enclosed soft-fall play area, which also has a TV and some sensory games along the wall. While they played I sussed out the menu of “The Greenery” Bistro. 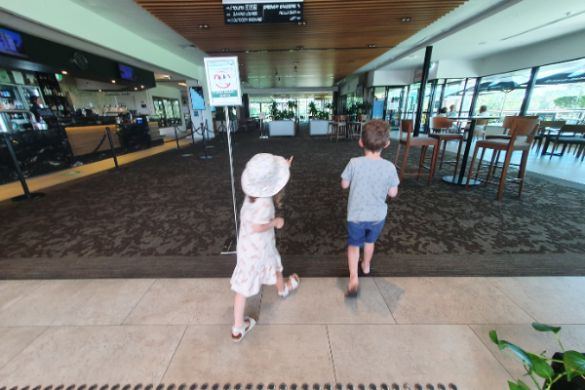 For the kids, I ordered one serve of squid rings with chips and salad, and one serve of battered fish with chips and salad. The kids’ meals at The Greenery are for kids 14 and under, so I guessed that the servings would probably be quite big and that hunch turned out to be on the money. One plate would have easily fed my two children- instead, I helped them finish both their meals and didn’t order anything for myself on this occasion. Everything was very yummy- I’ve never had a bad experience there. We managed to polish everything off and washed it down with a lemonade. 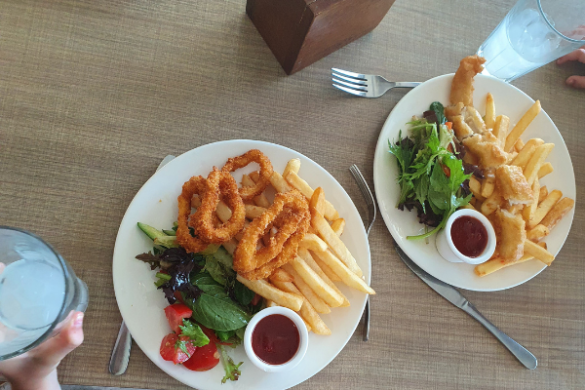 We had wanted to sit outside on the porch overlooking Cronulla golf course but it was a bit windy. Instead, I conveniently sat at the table right by the playground and relaxed for a bit as the kids played in the sound-proof playground until they were ready to go. 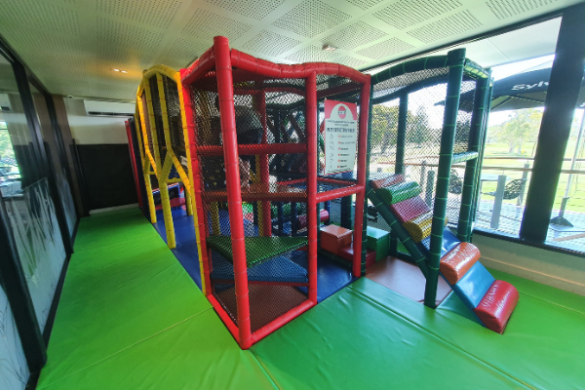 We walked across to Elouera Newsagent Milk Bar to get some ice-creams and then called it a day.

What else is there to do in Cronulla?

This is only the beginning of the many ways you can spend a day in Cronulla and we’ll be bringing you more soon. In the meantime, why not try A day out somewhere else in the Shire.

7 easy lunch recipes you can make ahead

A day out in… Kareela

A Sunny Sunday in Como