We had hoped to start our day out in Yowie Bay with a delicious breakfast at Postbox Cafe. They rate highly on Google and you can view lots of photos of their yummy-looking food on Facebook and Instagram.

As most mums will know though, not all days go to plan. So when it turned out they were closed for the holidays, the (now very hungry) kids and I needed a plan B. We didn’t want to head too far away from where we were en route to heading after breakfast, so instead of dining out for breakfast, we decided just to pick up some breakfast treats from The Friendly Grocer in Yowie Bay. 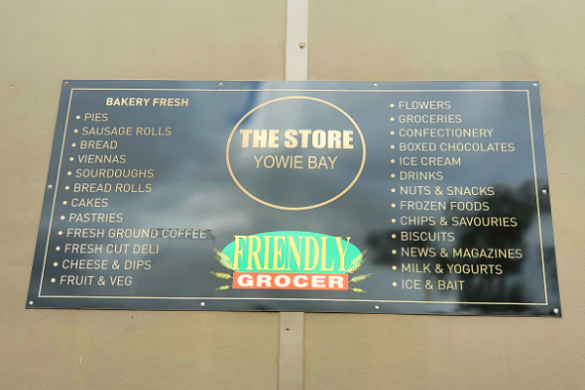 The Friendly Grocer is a very short drive from Postbox Cafe and is the king of convenience stores. In addition to all the usual pantry staples and household items that you might expect to find in a convenience store, there is a handy selection of fresh fruit and vegetables and a mini-bakery. They stock fresh bread and rolls, croissants, muffins, donuts, eclairs, tarts and slices, pies, quiches and sausage rolls. 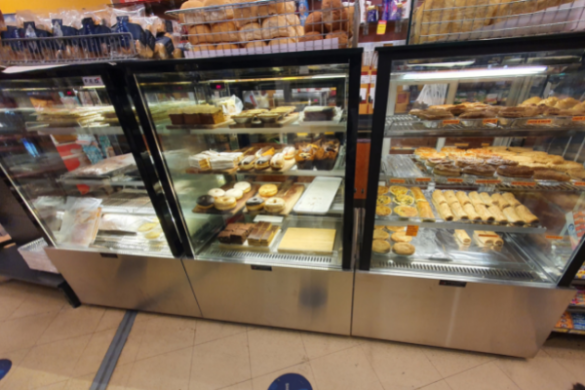 We purchased some croissants, strawberries and juices for our breakfasts, plus a loaf of bread and some treats for later, and jumped back in the car to take our breakfast to Kalang Lane Reserve.

Kalang Lane Reserve was upgraded towards the end of 2021 with all-new playground equipment and amenities. It’s a large and colourful playground, which you can read more about in our full playground review. 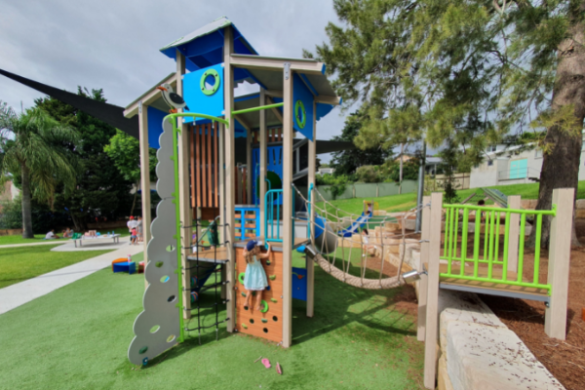 Despite the excellent range of play equipment, my kids spent most of their time using the equipment to hide behind during games of Hide and Seek, and playing restaurants using the brightly coloured seats, where I was served bacon tacos- leaves and bark. At times, it is starting to feel like my kids (who are currently five and nearly seven) are getting a bit old for playgrounds, but our trip to Kalang Reserve was a good reminder that playground visits don’t have to be about going on the swings. Often, being outside in an environment that encourages play is enough to stimulate their imaginations and encourage them to play games that they likely wouldn’t play if we just spent the day at home where they have multiple screens at their disposal.

After we’d eaten and played, we walked over to Yowie Bay Pontoon.

Yowie Bay Pontoon is a very short (I’m talking maybe 1-2 minutes) walk from Kalang Lane Reserve, on the end of the same street. We walked down to see what we could spot in the water- heaps of different little fish, as it turns out- and had a chat with a local fisherman. He said it was like “a natural aquarium” under the water there that day and he had caught many different kinds of little fish, which he was throwing back in. 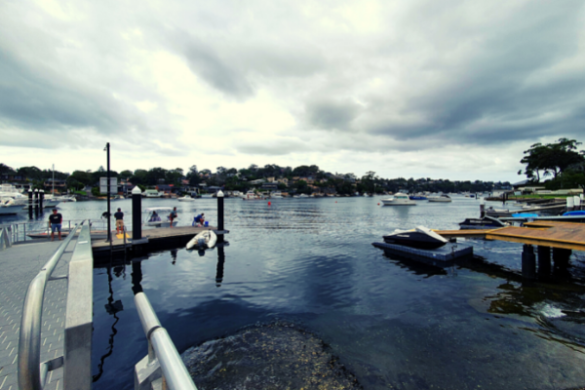 The fisherman was kind enough to throw some of his bait (prawns) into the water so my kids could see all the fish (and some ducks) come to eat it. That would have been enough entertainment for me, but the kids were keen to do some fishing of their own so my husband (who’s more proficient at fishing than I am) brought them back to catch some little fish of their own. 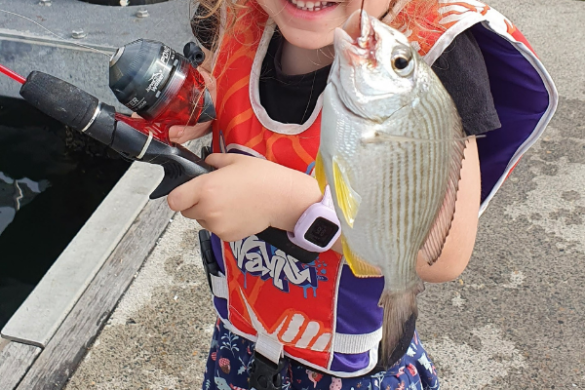 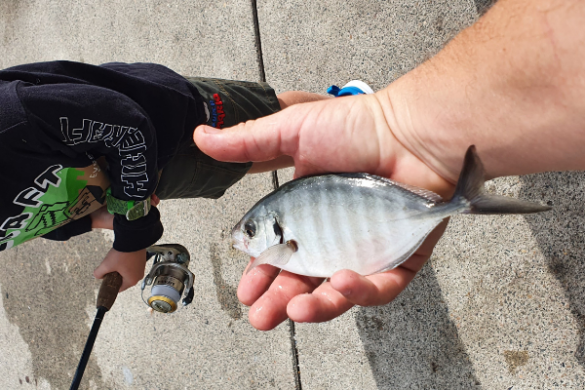 Want to explore a new suburb in the Sutherland Shire? Read more of our “A day out in…” the Shire series to find out how you can have adventures with your kids in Bonnet Bay, Como, Kareela, Woronora, Oyster Bay, Jannali, Sutherland, Cronulla, Kirrawee and more.

Look Mum, it’s a Flamingo at the Camellia...

A Day out in… Oyster Bay

A day out in… Gymea

Sunday Fun with the Kids

Local Places to Inspire Outside Play (for kids...