Oyster Bay’s Green Point Reserve is among the latest children’s playgrounds in the Sutherland Shire to have received a comprehensive upgrade so we headed there shortly after school drop-off to check it out.

The first thing that struck me was just how much natural shade the playground receives (at least in the morning), as this can often be difficult to find on a hot day, which it was already gearing up to be. 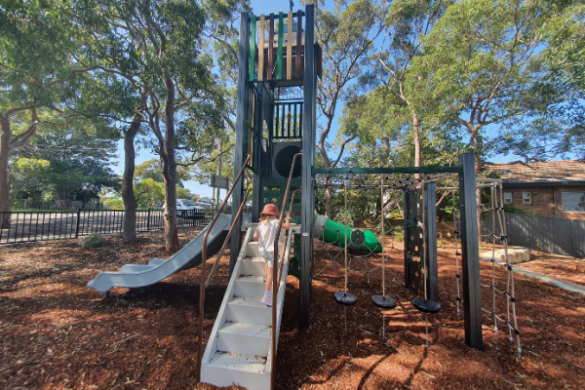 We started out by playing on the swings at the back. In addition to the typical set of baby swing and platform swing, there’s a large basket swing and another toddler swing that is very low to the ground but not strapped across the front (which my daughter mostly enjoyed pushing her toys on.) There’s also a large spinning wheel you can ride on. 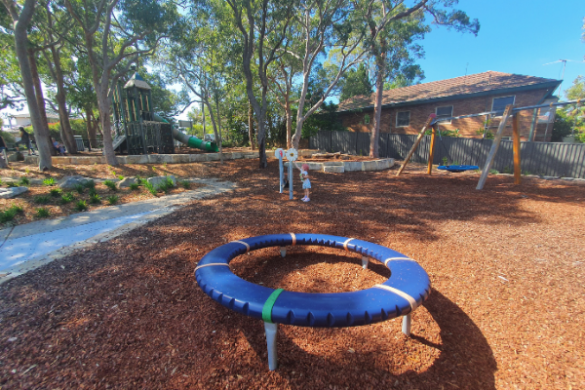 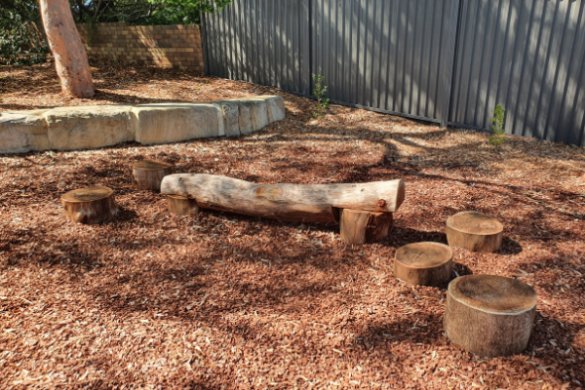 Then we made our way across the jumping stumps and log balance beam to main playground structure. Ideal for kids ages 3-7, it’s also set on bark and features three slides (a larger slide and two small ones), balance poles, climbing nets, two small rock climbing walls and a small shop front for dramatic play. 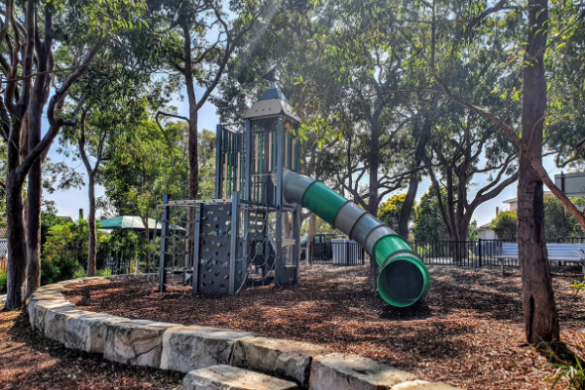 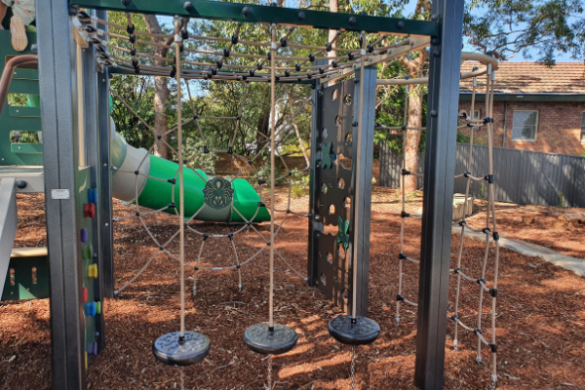 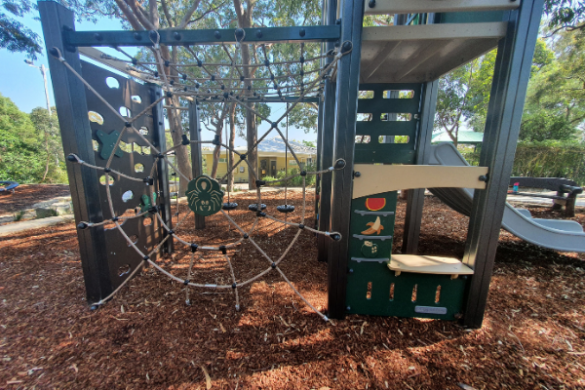 There is a bubbler, plenty of bench seating and a bin for your convenience, and though we noted some toilets towards the back, they were locked when we visited. If a bush wee is needed though there is ample bush cover at the rear of the playground.

You’ll also find netball rings and a reasonable size playing field behind the playground, which is obviously suited to a game of netball or could be used for soccer, footy, cricket, endless games of tips etc. There’s even a couple of rope swings for game older kids. 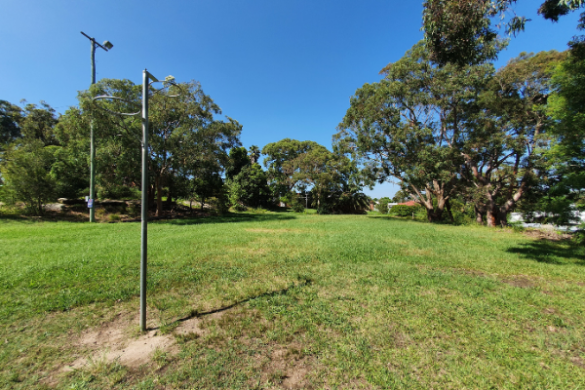 At the back of the property sits the Scout Hall and Green Point Observatory– the home of the Sutherland Astronomical Society. If you’re interested in star-gazing, the Society host special events, courses, talks and occasional public observing nights, as well as an observing night for members every Thursday.

If you want to go for a short bushwalk (probably suitable for kids 4+), then there’s a path that begins behind the brick Scout Hall. It’s a little steep at first but quickly flattens out and offers a nice view of Oyster Bay. 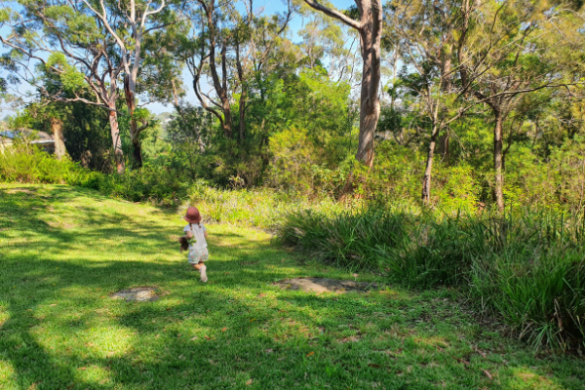 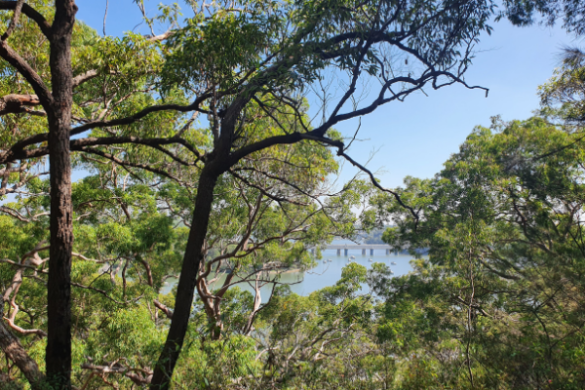 Want to head somewhere else? Read more Sutherland Shire playground reviews here or try some different activities in our “A Day Out in…” the Shire series.

Why Aevum Kids is a name you need to know

How one small business found success (and yours can too)

Who’s open for dine-in in the Shire?

Spring Family Activities in the Shire

Water play and fun in the sand at...

A Park for The Locals, Albert Hutchinson Reserve...