Home Things To DoOut & About A Park for The Locals, Albert Hutchinson Reserve Sutherland
Out & About

A Park for The Locals, Albert Hutchinson Reserve Sutherland

We have been to quite a few of the larger playgrounds in the Shire over the past few weeks. So we decided this week to give a smaller park a chance.

After getting the kiddies in the car, Miss 3 was impressed to tell us that we were driving the way that we go to Kindy.

I let her know that we were heading to a new park that we had not been to before. Albert Hutchinson Reserve in Sutherland. Which is located on the Woronora side of Sutherland between Robertson Street and Sutherland Lane.

I ask Miss 3 if she wants to take a guess at what activities might be at the park we are going to try.

Her response – I don’t know. I liked where we went the other day. I don’t want a different one. (Seems like Old School Park in Gymea was a winner).

I then distract her by pointing out a digger on a construction site as we drive past. She has been obsessed with diggers for a while now, all thanks to a Peppa Pig episode.

“Awwww Mum, I was going to say digger” Miss 3 says in a sad voice.

Since we are heading to a park we have not been before I use Google Maps on my phone just to make sure we head to the right spot. 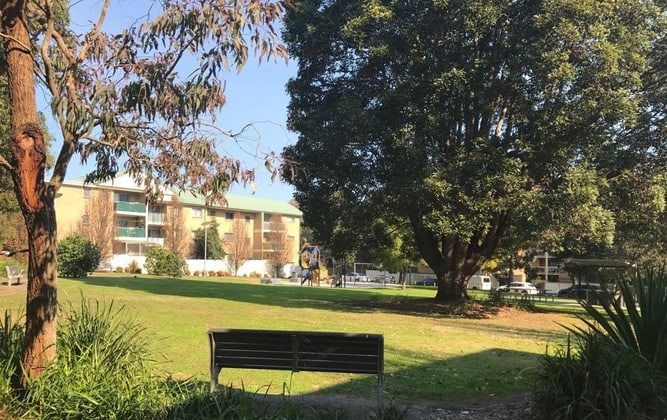 When we arrived at the park, all of the on street parking was taken. It is in an area that is quite populated with apartments so we decide to park in the train station tower.

We head up a couple of levels and use the lift to get down to ground level. Miss 3 exclaims “that was the best ride ever, I was really liking that one”. It’s nice that she was so easily pleased for a 5 second lift. 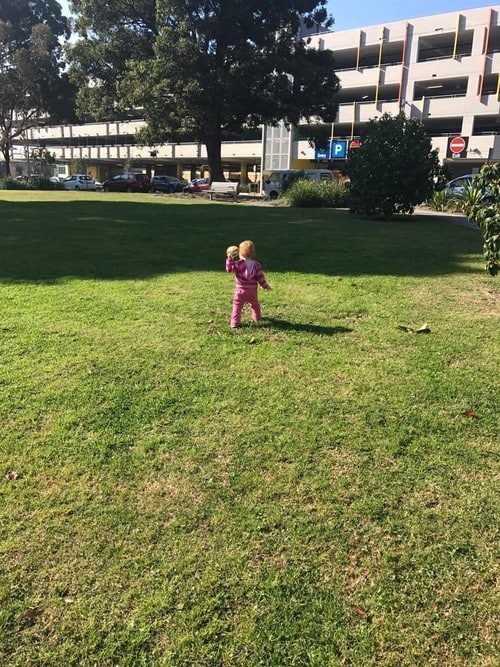 We crossed the road and entered the park. There is no fencing at all, with roads on each side of the park. So it is not that ideal for those with little runners on their hands.

Since my husband was with me it was okay as we could both watch one child at a time. But if I had the two girls on my own, my anxiety levels would have risen pretty rapidly. 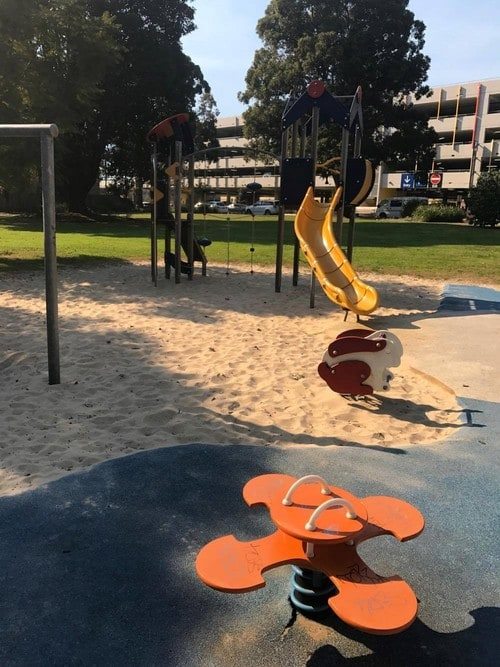 The playground itself has swings, spring rockers, a climbing apparatus and a slide that has a rope net as the only way to climb up to it. There was a bit of graffiti on some of the equipment so it is definitely not the nicest park we have been to, but we had the park all to ourselves which was a nice change. 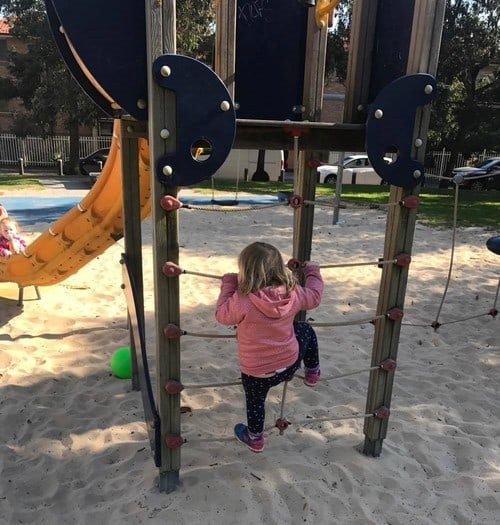 So it was probably a little bit out of our girls league. But they had a swing to begin with and then Miss 1 was happily playing in the sand which is what the ground was made up of.

With Daddy’s encouragement Miss 3 decided to give the slide a try. Getting up the rope net was quite the challenge but with Dad’s help she proudly announced “I did it Daddy. Again. Again”. So Miss 3 had a few goes on this before deciding she wanted to kick a ball around. 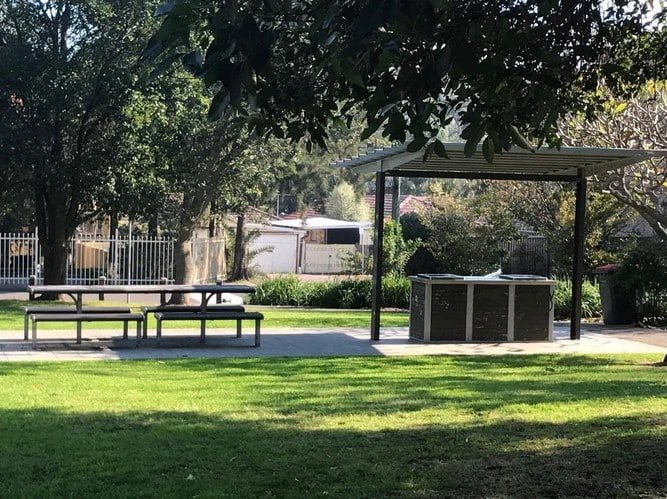 I actually remembered to pack a ball this time. The park itself has a decent sized grassed area as well as one BBQ and a picnic table.

It does not have a toilet though. So when Miss 3 announced she needed to go, there ended our latest park expedition.

Whilst the quietness of the park was a nice change, it is not one we will be rushing back to. If you lived in the apartments around the area, it’s a good open space to get out and about,but if you are not a Sutherland local and need to travel to get there, I’d probably choose a different more enclosed park for our kids.

A Walk Through the “Forest” at Centenary Park...

A Scenic Sunday in Audley

A day out in… South Kirrawee