After giving a small park a go last week we decided to head back to a larger one this time around. We went with Lantana Reserve in Engadine.

I had been here once before with my mother’s group when Miss 3 was a baby. But had not been back recently as we tend to stick with parks closer to where we live.

But this Sunday we decided to make a day of it and head to Engadine to check out the park and then the crazy milkshakes we had heard of from the cafe that is right near the park.

As we got in the car to head to Engadine, Miss 3 decided she was in one of those all so fabulous questioning moods. “Why do we need doors?”. “So we don’t fall out of the car”. “Why do we need a seatbelt”, “So if we need to stop very fast you will be safe”, “Why, why, why!?”.

If I had a dollar for every time she has said why in her 3 years on the planet, I would be a millionaire by now.

So my husband decided to throw the questions back on her and asked Miss 3 “where are we going”?”. To the park Dad, you already know that.

When we arrive at Lantana Reserve, you can either park on the street, or if you head around the corner into Kingswood Road there is a small car park with about 10 spaces.

We find a park easily in the car park and head straight to the play equipment. 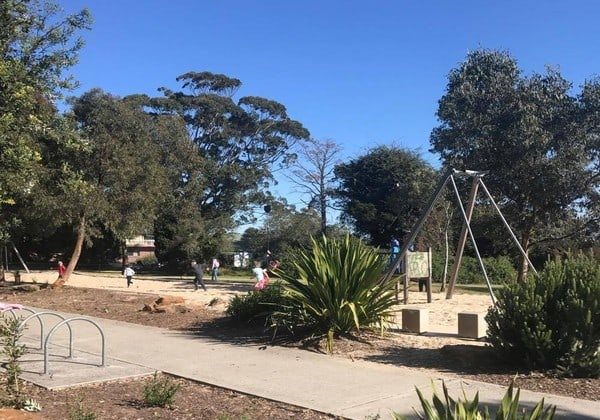 This is quite a large park so there is a few different play areas. There is a playground with swings, a seesaw and a slide which is where a lot of the parents with younger children gravitated towards.

Then there is a rope climbing structure and a weird contraption I can only describe as a skateboarding or surfing type simulator thingy. This was where slightly older children tended to hang out.  As well as at the ever popular flying fox. 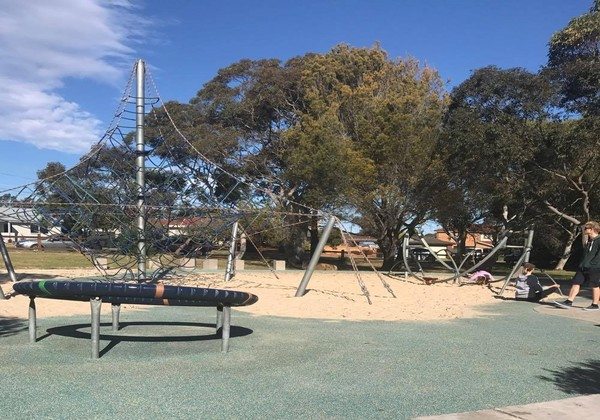 The park itself is mostly enclosed, with fences along the main roads. It is not fully enclosed but the part that doesn’t have a fence is a fair way away from the road.

It has a number of picnic tables available as well as a few BBQs. There is also bubblers there and toilets. So it has all the facilities you would need if you wanted to hold a kids birthday party here.

Like most places you will need to get there early to secure a spot. Some people had brought their own rugs and chairs, and because there is lots of open space, there is plenty of room to make your own area on the grass. 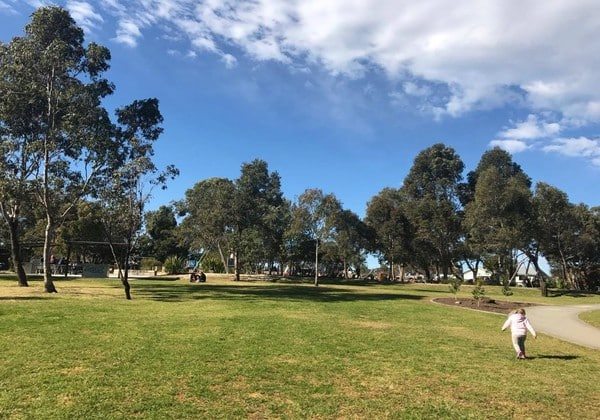 We spent some time at the swings as well as using the slide. And because the ground was sand, our little one decided it would be fun to lie down and make sand angels.

We then followed the bike path around to the grassed area to kick a ball around. The bike path does a loop and the path is quite wide so it was being used by some of the older kids using scooters. 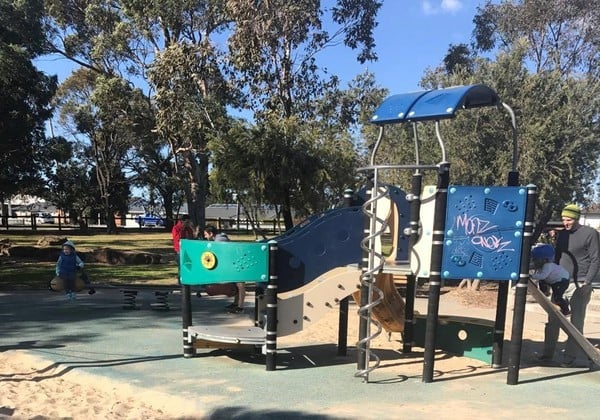 A scooter came tearing past at at a speed of knots and we almost had to leap onto the grassed area and grab the kids not to be wiped out. Turns out it was one of the mums tearing up the track! So we decided to stick to the grass from then on.

The girls enjoyed kicking around a ball for a little while before heading back for another go on the slide and swings.

After a little while we decided to head to the cafe Urban on Lantana which is just across the road. We grabbed some lunch and one of their crazy milkshakes before calling it a day.

Overall we really liked this park, it caters for a range of ages and has lots of open spaces. Whilst the park was quite busy it didn’t feel crowded as it is spread out nicely.

A Park for The Locals, Albert Hutchinson Reserve...

Look Mum, it’s a Flamingo at the Camellia...

13 Amazing Benefits of Singing for Your Child

DISCOVERING THE SHIRE: Where to redeem your Dine...